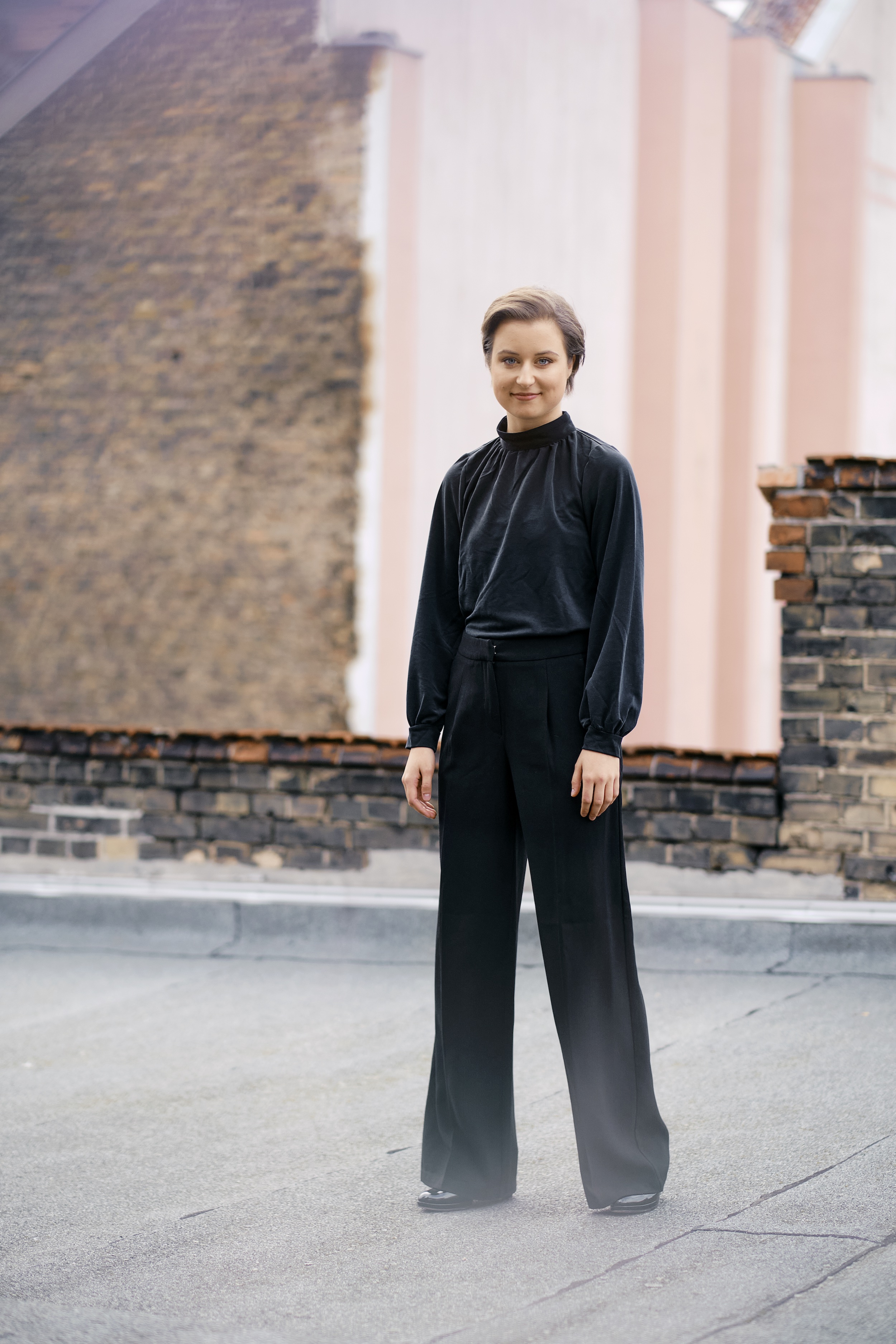 Biography
The press is visibly impressed by the pianist's "utterly enchanting, soft, almost melting touch - completely in the great tradition of Claudio Arrau". The young musician (born 1997), a scholarship holder of the Deutsche Stiftung Musikleben, among others, can already look back on an impressive career and belongs to an important generation of young musicians who decisively influence the concert landscape and shape it in a forward-looking way.

In recent years, Nina has received numerous international awards and has given concerts not only in many European countries, but also in the USA, Russia and China, as well as in halls such as the Mariinsky Theatre in St. Petersburg, the Elbphilharmonie in Hamburg, the Philharmonie in Cologne, the Philharmonie in Essen, the Beethoven Haus in Bonn and the Guotai Arts Center in Chongqing. She has been invited to perform at the "Klavierfestival Ruhr", the "ACHT BRÜCKEN Festival" and the "Köthener Bachfesttage".

Her great passion is contemporary music, which has been shaped by her regular collaboration with Tamara Stefanovich and Pierre-Laurent Aimard. Various world premieres by, among others, the composer York Höller, who has been highly praised by Pierre Boulez, have already been dedicated to her. In addition, as an artist of the non-profit project TONALi, she is intensively involved in the field of music education and, besides her pianistic activities, is also active as a curator for innovative concert formats. For example, she is the artistic director of the concert series "Perspektivwechsel" as part of the Weilburger Schlosskonzerte and designs concerts for other festivals in Germany.

Nina also volunteers as a caregiver for the end-of-life and was elected as a board member of the Hospiz-Verein Leverkusen in September 2021. In her concerts, she constantly seeks the interface between the confrontation with death, mourning and classical music and, from the coming year, will additionally explore this in the context of her art-social (school) project "LebensTöne" together with the Hospiz-Verein Leverkusen.
Interviews